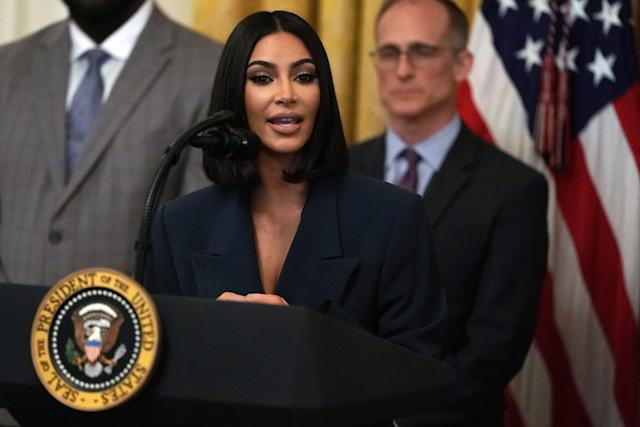 Most people have heard of Kim Kardashian, but many don’t know that she is more than a reality TV star. She wears many hats including mother, daughter, sister, boss, influencer, and lawyer. Her famous family is often in the media for their various scandals and drama but Kim Kardahsian is more than what she is made out to be in the media.

She has successful businesses between Skims and KKW Beauty. She is able to balance that between her four kids, her social media presence, Keeping Up with the Kardasians, and her relationships. Already balancing a lot, Kim Kardashian took it upon herself to be a full time law student. Kim Kardashian says, “ ‘You can say a lot of things about me, but you cannot say I don’t work hard. I don’t sing. I don’t dance. I don’t act. But I am not lazy’ “ (Interview Magazine).

Her passion for criminal justice reform has been a part of her life for awhile. Robert Kardashian, her late father, was a lawyer. He was most known for his work in the O.J. Simpson murder trial. Now, intending to follow in her father’s footsteps, Kim has become interested in law. She used her platform for a good cause when she got Alice Johnson out of prison. Alice Johnson expressed her gratitude by saying, ” ‘There are no words strong enough to express my deep and heartfelt gratitude. Ms. Kardashian, you are quite literally helping to save my life and restore me to my family’ ” (Harper’s Bazaar). This woman was two decades into her life sentence for a nonviolent, first offense, drug-related cause when her case caught Kim’s attention and she took it upon herself to campaign for her clemency grant.

Most people are surprised when they hear of Kim’s efforts to pursue a degree in law. Dylan Perry, a student of GHS, stated that, “It is surprising that a celebrity is working to get a real job.” Already financially stable, it is evident that her efforts are not extrinsically motivated but rather intrinsically motivated. Law appears to be something she is passionate about.

It is admirable that Kim Kardashian wants to use her platform to make a difference, as she did in Alice Johnson’s life. Law school is a difficult thing but she has been putting in the work to achieve her goals. In the future, Kim Kardashian may be able to further her actions in the justice system and help grant more acts of clemency. Her father would be proud of her and she is impressing many people by proving to them that she is more than your average celebrity.