In 2018, Grandville High school administrators and teachers decided to build a Service Academy wall in the main hallway of GHS to “highlight great things” that students were doing, as Principal Adam Lancto said. A United States Service Academy includes West Point, the Naval Academy, and the Air Force Academy. These military colleges provide both the highest level of academic instruction while also teaching cadets and midshipmen (students) to be leaders of character. While at the Academy, cadets and midshipmen go through basic training during the summer prior to their freshman year. During the school year, they attend classes and military training and their typical day starts at 5:30am and ends around 11:00pm. At the Academies, all living expenses and tuition is covered by the U.S Government. After graduating a Service Academy, graduates are commissioned as Officers into our military and are required to serve for a certain number of years to “pay back” the amount of money and resources the Government invests in them during their time at an Academy.

“Attending a service academy is doing something bigger than oneself… those that attend an academy are sacrificing their life for the benefit of others”, is why Miss Kelsea Fischer, a GHS teacher,  thinks recognizing Service Academy students is important. Fischer has not only one, but two brothers whose names are on the wall. Lancto also explained that recognizing academic achievements is important not only to honor those students, but to inspire other students as well. Former GHS student and West Point grad Bayleigh Gable said, “it’s inspiring to see people you go to school with everyday get accepted into a SA and I hope it inspires others to also put in an application if they want to serve in the military. “

The Academy Wall has more meaning behind it than just a way to honor GHS alumni who have attended an academy. A heartfelt Mr. Lancto explained, “Ryan was a big part of my life… when I get to look at that wall and see his name there… It makes me proud.”  Of course, Lancto is referring to Ryan Fischer, a GHS student of the class of 2014. Ryan’s dream was to attend West Point and his goal was to serve others and put the country’s needs before his own. Tragically, Ryan passed away on March 7th, 2014 of an enlarged heart. He was never able to attend the academy despite receiving two congressional nominations and an Appointment to the Academy. Ms. Kelsea Fischer echoed Lancto’s sediment by saying, “when I walk by the wall I am able to think about Ryan and Connor and everyone else who has served our country.” 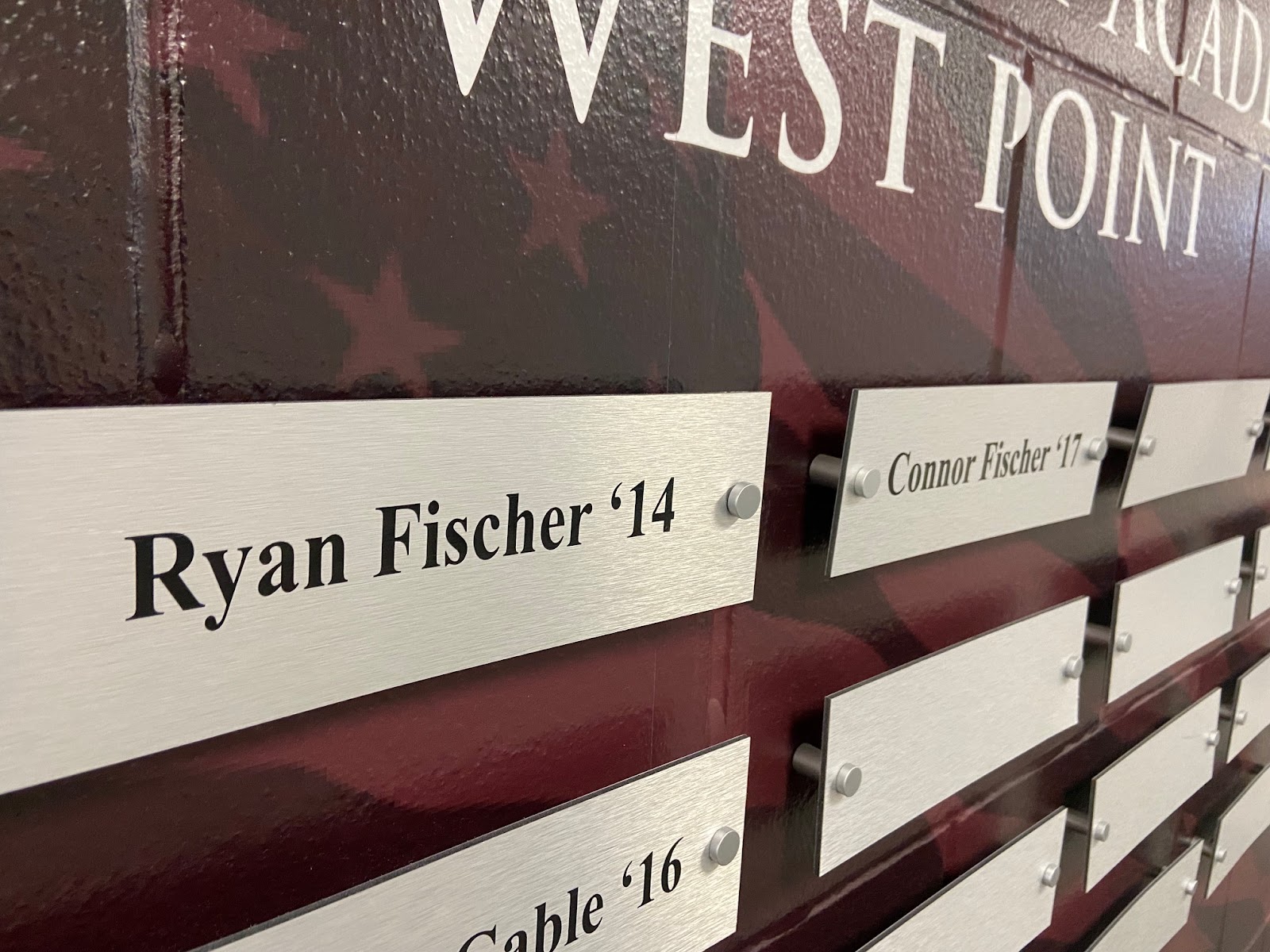 Wondering how to get into a Service Academy? Fischer recalls her brothers needing “a nomination from a member of congress” and she described it as “an intense process that included a lot of interviews.” After completing the multi step application process, including an interview with a military Officer, a fitness assessment, and several personal essays. One must also receive a nomination from a Member of Congress, U.S Senator, or the Vice-President of the United States. After that, a medical exam must be passed prior to submission of the application to the Service Academy Board. Once the completed application is sent to the Service Academy Boards, Appointments to the Academies are sent out from February through April. Then, appointed candidates leave for their respective academies in late June, and start their journey to becoming Officers in our military while pursuing a bachelor’s degree. Applications for most of the Academies open to High Schoolers during March of their Junior year and appointees are notified February through April of their senior year.