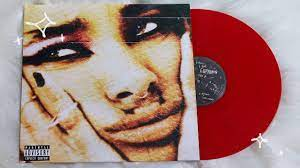 Willow Smith’s new album, lately I feel EVERYTHING, debuted on july 16th. This is a 26 minute pop-punk album. So far this album is very popular among her listeners, reaching a 97% liked rating on google. ¨I love this young woman , I love her energy, I love her authenticity and she has Travis with her. I love it!!!!!!! You challenge my soul to be a better me…¨ says one review. ¨This album is one of the best albums, in fact I’m listening to XTRA from the album while writing this. I really love this album and I think you should give it a chance. It’s really worth the 26 minutes,¨ says another. This is her fourth solo album. WILLOW produced most of the album by herself with a little help from Tyler Cole.

Her album is mainly targeted towards older teens and young adults.

Most of the album is intense and talks about very important topics. WILLOW brings up things like paranoia, trust, anxiety, isolation, and many other personal struggles. WILLOW is very vulnerable in this album talking about many personal issues, making this album relatable for many struggling teens. The general feel of the album is somewhat angry yet accepting. The listener will most likely go through feelings of sadness, empathy, and anger. lately I feel EVERYTHING can be found on almost any streaming site, making it accessible to anyone. The production of the album was amazing and so were WILLOW’s unique vocals. The album was a little short compared to other artists but overall the songs were interesting and expressive, covering many topics. It is clear that she took her time with this album and that resulted in greatness. WILLOW did an amazing job conveying her emotions throughout the album. I would highly recommend that you listen to this album if you like pop-punk music and hard-hitting lyrics.