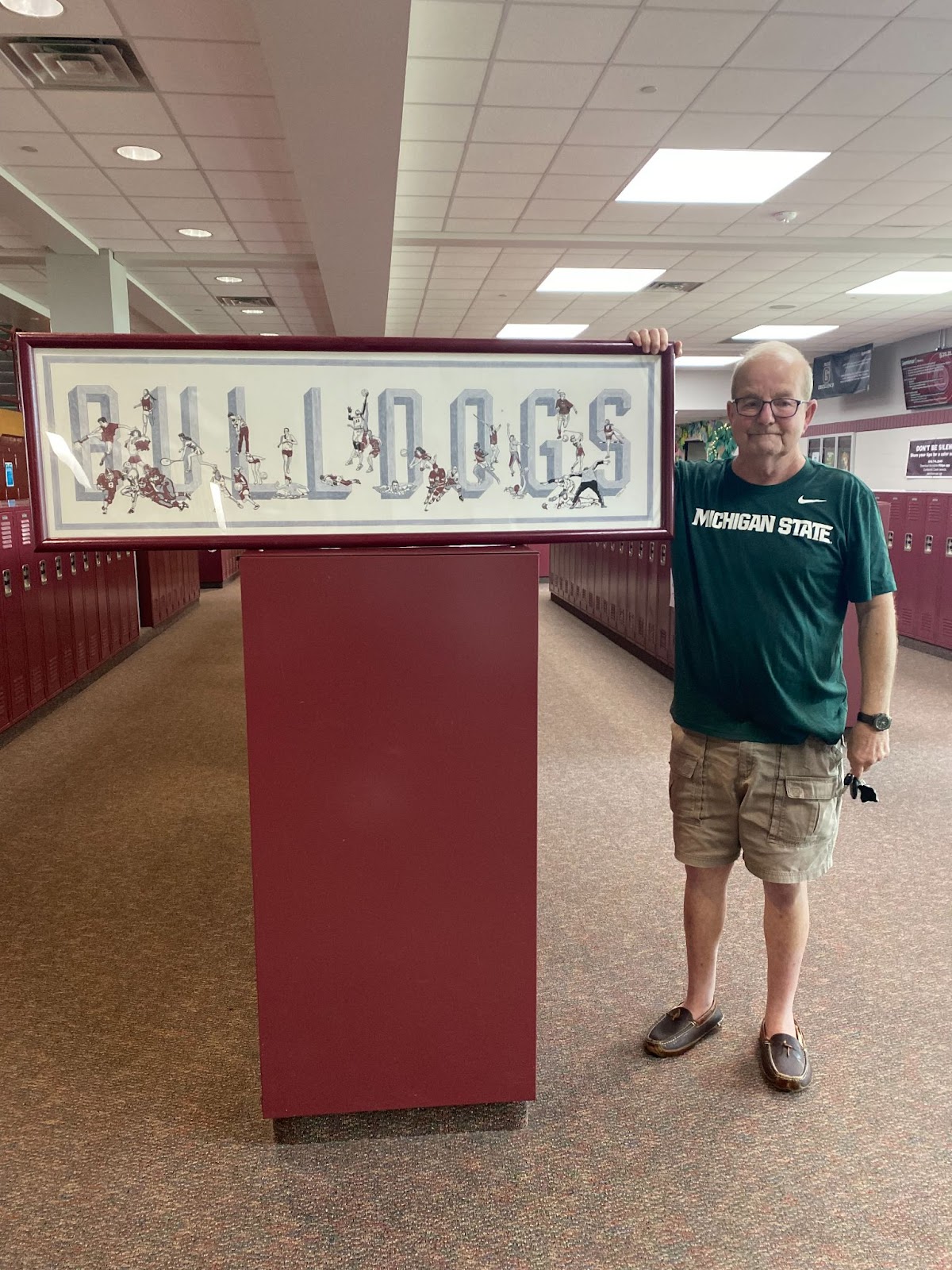 The Bulldog Mural is a huge part of the Grandville Highschool Gym. It catches peoples’ eye right when they walk in. Mr. Hank Huizenga, the painter behind the mural, is a retired Grandville High School teacher. He coached basketball for twenty years and had only dabbled in art before painting murals for Grandville.

The first question Mr.Huizenga was asked centered on the reasons for the mural, “What inspired you to create this mural?” Hank responded, “They asked me to paint it, because I painted one at the middle school and they wanted it to cover the whole wall.” He also explained that there wasn’t much purpose behind the project. “They just wanted a big painting in the gym that said BULLDOGS.” He spent a week painting this over spring break in 1998 and worked 16 hours a day for that week to complete it. Double work-days were spent transforming the wall into a work of art as the massive project had to be done in a short amount of time.

Hank first sketched the mural on paper before painting it on the wall. He then drew the letters on with pencil and airbrushed the letters and figures on the wall. The interesting thing about this piece is that most of the athletes on the wall are representative of real Grandville athletes. According to Mr. Huizenga, “The football player was at the goal line stand in the state finals.” He then drew it bigger on the wall along with the hurdle one which is a depiction of a former Grandville athlete named Brianne. The rationale for the placement of the mural was simply that it was the biggest wall in the gym. When asked what his favorite part of the mural was he responded “I like that some of the kids are on there, the football one was kind of a memorable moment when we held them, had they scored there we wouldn’t have won the game”.

It’s interesting that this mural which has been viewed by so many people for so many years was a result of just needing to fill a blank space.