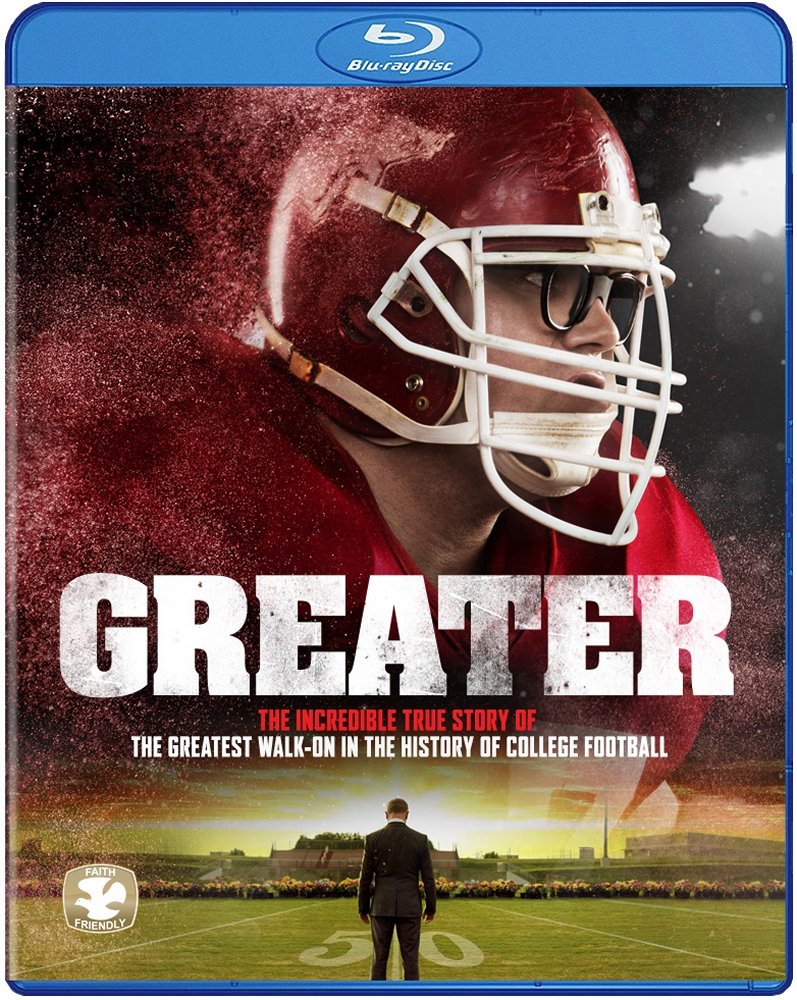 Brandon Burlsworth: You Can Do Anything

You’re probably going to think that this is a very cliche thing to say, but if there’s something that you truly dream of doing in your life, don’t let someone tell you that you weigh too much, you don’t weigh enough, you’re too short, you’re too tall, you wear glasses, and this that and the other. Although you’ve probably heard this advice before, Razorback Football Player Brandon Burlsworth was living proof of this. He was a teenager who was overweight, yet he had a huge dream to play for the Razorbacks football team in Arkansas. “Any fan of Razorback football and any student of college football would agree that if there were ever a player who personified the “can do” attitude, it would be Brandon Burlsworth”(talkbusiness.net). The movie made in honor of him, Greater, is for adults and children alike. While it is a tear jerker, it can be watched by people of all ages.

The producer of Greater, Brian Reindl, originally wrote a screenplay that was based off of a book written in 2001 called “Eyes of a Champion, The Brandon Burlsworth Story”. 11 years passed before he began making the movie, researching Brandon’s life. The screenplay was the first he had ever written and was co-written by David Hunt, who would soon become the director of Greater. “The screenplay took eight years to write. It was his first experience at writing a screenplay – “I’m a glutton for punishment”- though likely not his last”(talkbusiness.net). The only movie that Reindl seemed to ever produce was Greater, and thank God because it was a big hit!

Greater got a 4.9 rating from it’s audience, and I have to say that I completely agree with this. It gave off a feeling of hope for the two main characters, Brandon and Marty Burlsworth. Hope for Brandon to become accepted by his teammates, and for Marty to realize that God always has a plan, even if it doesn’t seem like it. I specifically liked this movie because it portrayed relatable characters, cute relationships, and a beautiful love for God and prayer. It showed me that a simple relationship with God can go a long way, and that no matter what anyone says, no matter how people view you, there’s no dream that’s truly impossible to accomplish. “Buoyed by his faith and his unwavering commitment to make the most of every opportunity, Brandon made a tremendous impression on those he met long before his life was transformed to legacy in a split second on a winding country road”(arkansasrazorbacks.com). I would recommend watching this movie with your family, since the whole movie is about the love, support, and importance of loved ones, and there’s many parts of the movie that are humorous and fun for the family to watch. The main points of the movie were to keep moving forward in realizing your dreams, and to keep on praying to Jesus for strength, courage, and the will to keep going. There’s always a reason and a much larger picture to a situation. For example: Brandon was given dorky looking glasses for his poor eyesight, and at first he was teased about it by his teammates, who he finally got along with, but over time the glasses made him stand out to his fans, making it easier to point him out and cheer him on.

More people need to know about Brandon and his incredible story. During the Coronavirus Pandemic, many families watched this movie that launched on Netflix on March 31, 2020. Many people around the nation were watching this beautiful movie, which helped to spread his story. The only thing that I would warn viewers about is that this movie is really sad. There are parts where there’s a lot of tension between the characters, and parts that are really gut-wrenching. Although this movie was great and I would recommend it to anyone, it’s good to know beforehand that there is a possibility that it will make you cry.

Greater is definitely a go to movie when it comes to college football history. Brandon left an irreplaceable legacy and shoes that no one could fill. He was an icon that struggled his way through life and ultimately realized his dream as a football player. No one can ever be like Brandon Burlsworth, but we sure can follow his example of prayerful leadership and persevering kindness. This sad but heartwarming story can be found in the sports section on Netflix. The title cover looks something like this:

You can also find it on Flixable, a search engine that provides a complete list of shows and movies that are streaming on Netflix: https://flixable.com/title/greater/   Flixable is not fully connected to Netflix. Now sit back, relax and enjoy this beautiful movie about hope, prayer, and perseverance.