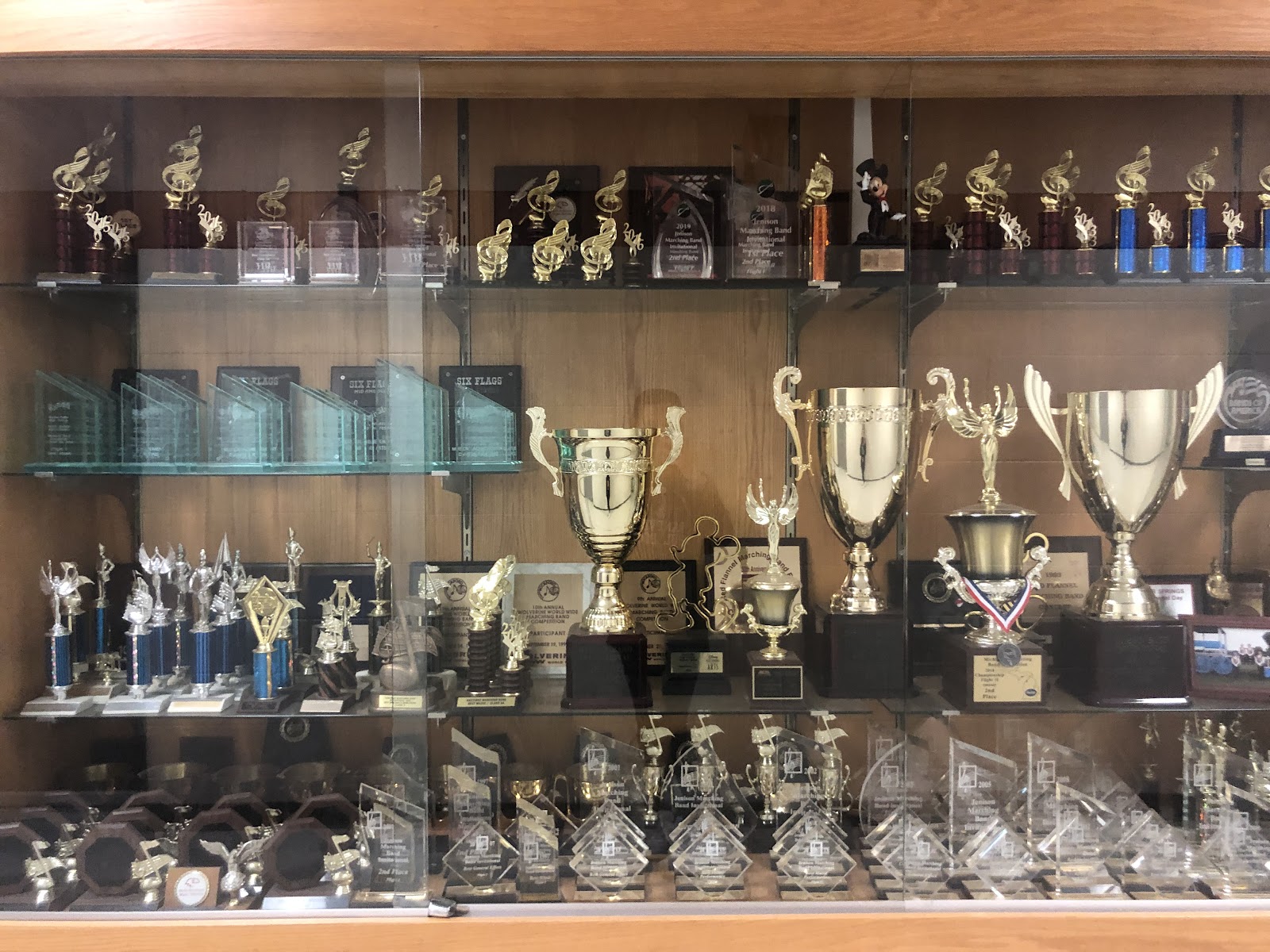 Every GHS student knows of the Marching Band but none of us really know the history of it. The marching band at Grandville High School dates back to around the 1940s. It has been very successful since the start and will likely continue to be. Usually, the Grandville Marching Band places between 2nd and 4th. Grandville has been successful from the beginning, not just in winning but in the fact that the band program is still around! The most important thing about being a part of Grandville’s Marching Band is “watching students reach their max potential.” How have the Grandville Bands been so successful? Grandville has had wonderful leaders in the past and is currently led by Mr. Garcia, who has been a part of the program for fourteen years and has helped lead Grandville to success! Mr. Garcia sees joining the Grandville Marching Band as a way for students to see what they are capable of. Throughout the years, Grandville has had so much success, and one can see that by walking down the music hallway at GHS all of the trophies are on display, there are even some in the band room! Stop by and take a look! Looking at those trophies shows just how respectable Grandville’s band has been. The trophies date back to as early as 1968! Starting a marching band at Grandville has added so much to GHS, being involved around GHS is helpful in many ways, being involved in the band program at GHS is very important in showing students that they are capable of so much more than they think!