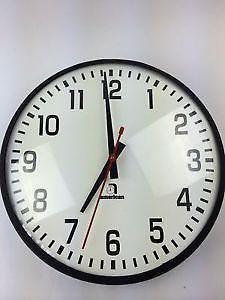 Long term effects of loss of sleep will lead to a host of health problems. Sleep deprivation can lead to insomnia, obesity, diabetes, cardiovascular disease, and even early mortality. Cardiovascular disease is refers to conditions that involve narrowed or blocked blood vessels, which can lead to heart attack, chest pain, or stroke. Also, effects other conditions of your heart like muscles, valves or rhythm. For those who don’t know what mortality is, it is the measure of your life also known as ‘death rate’.

Although, if you have good sleep habits it can affect your health in a positive way. These healthy sleep habits generally allow you to wake up feeling refreshed, think quickly, successfully perform potentially dangerous tasks, like driving, which require complete attention and do your very best at work or school.

The scientists have long said that teens to show up to class before 8 a.m. isn’t good for their health. Research studies have shown later start times help sleep deprivation in teens. Later start times could improve academic success, attendance and mental health, later times also could cut sleep-related car accidents. The obstacles to change are mostly financial, that is because of transportation issues.

“Another experiment, conducted by Dr. Mary A. Carskadon of Brown University, found that more mature adolescents had later circadian rhythm timing, based on melatonin secretions in saliva samples. This finding shows that melatonin secretion occurs at a later time in adolescents as they mature; thus, it is difficult for them to go to sleep earlier at night. The melatonin secretion also turns off later in the morning, which makes it harder to wake up early” (Carskadon et al., 1998).

In Seattle, officials recently made the shift beginning with the 2016-2017 school year, the district moved the start times for middle and high schools from 7:50 a.m. to 8:45 a.m. The study also found an improvement in grades and a reduction in tardiness and absences. Seattle’s switch to later start times is still unusual for school districts, where school typically starts around 8 a.m. Maybe this will be an option for Grandville High School in the near future?