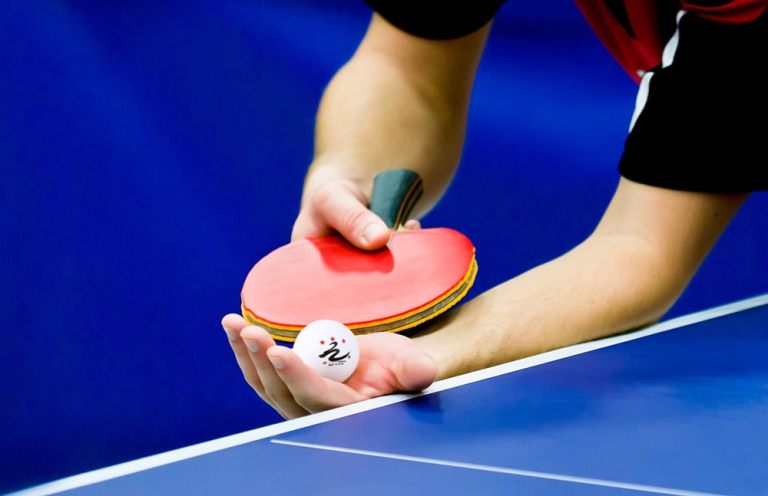 The Ping Pong Club isn’t a new club to GHS, but it has been revived. Brock Walker is a senior at GHS and was a part of the old ping pong club. He was one of the main contributors to the start of the new and improved club. “We had a club a couple of years ago, but we played on chemistry tables and it was real shady. Then Mrs. Doyle, who is pretty much my mentor, she got a grant for some ping pong tables for her gym class. She graciously let us use them for this.”

“The best thing about ping pong is that you don’t have to be at a certain level to play. If you just like to play ping pong, already have friends that are playing, or just want to do something fun after school this is the place to be.” Mrs. Doyle loves the new and improved club and couldn’t have done it without Brock.

“Well I just love the game of ping pong and the camaraderie cannot beat here. This place is almost like my safe haven,” states Josh Fontaine, “when you are at ping pong club nobody judges and everyone is like family.

“I heard it was a good place and ever since I’ve shown up this hallway has been electric and you’re not going to find it anywhere else,” comments Cal Kryska, “as the club gets noticed by other students more and more people keep showing up.”

“I’ve had a passion for ping pong ever since I was a little kid. My father Roger showed me the ropes when I was a kid. We used to go down in my basement all the time and play. I think it’s a good opportunity to bring the community together as a whole coming in as a ping pong club. It’s just something I’ve been getting into lately with all my friends,” explains Evan Shirley, this club is more fun if you have your friends there so you can play and compete against each other.”