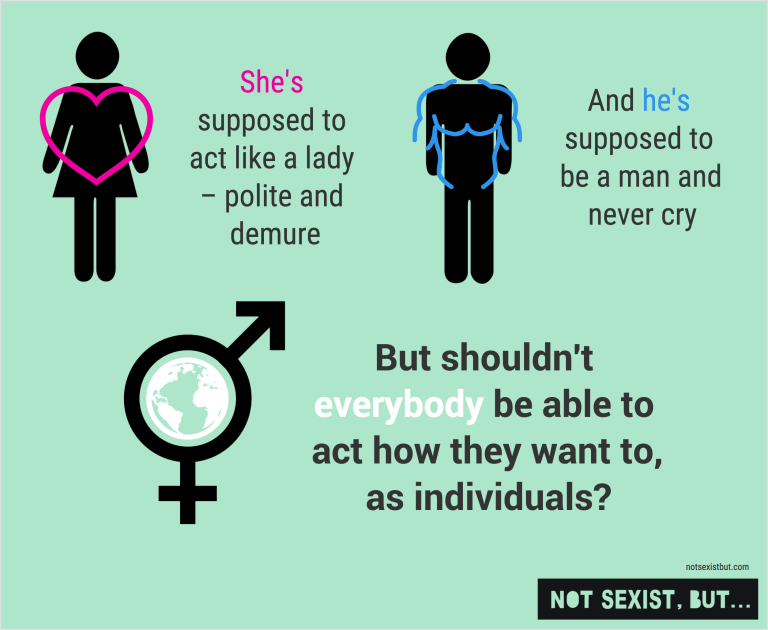 Throughout the world, women and men are faced with harsh gender stereotypes. Grandville High School is not excluded from this problem. We took the time to talk to several students and teachers throughout the school to hear what they have to say about the issue at hand. Several have noticed this issue in the school as a whole.

When asked, “Have you ever noticed the idea of men or women (gender roles) being almost ‘hyped up’ throughout GHS?” Holly Clark, responded with, “Yeah- on the announcements. You see guys wrestling or football for guys and even basketball. Women are less hyped up for their sports like volleyball or basketball.” Holly also expressed how she has noticed judgement for those who may break some expectations of assumed gender roles. She told a story of one time, a friend of hers was a male wearing a bra, causing for many students to make fun of him. This shows that gender stereotyping can be anywhere, including Grandville High School. Plenty of others have told us about their experiences about gender stereotypes. We have interviewed a teacher who shared her experience with us, “I have absolutely seen it!”This teacher also explains how she notices the judgement of students most when boys do things that may be considered more “feminine.” As if “feminine things are bad.” To get a different perspective, we interviewed a male teacher. He claims that gender roles do not particularly jump out at him in his classes, however he does acknowledge that “it is a big issue in all schools and the world as a whole.” He explains how “People are always bound to be judged, even when you walk out the front door of your house.” Despite the fact that we cannot completely run away from the judgement of our society, there are small steps we can take as a school to allow students to feel more comfortable with themselves. Everyone has a right to feel safe being themselves in our school, our community, and our world.