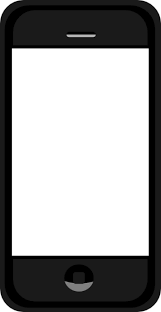 Cell phones are a big deal right now in everyday life. Most people have a cell phone and even some people who own one, don’t like it. Some people like their cell phones and use them for mostly everything they do in their life. Cell phones are addicting and hard for people to forget about so they are a problem in society today.

Grace Blauwiekel is a 16 year old who owns a cell phone and most of the time she likes it, but sometimes she has issues with it. ¨I think cell phones are beneficial sometimes, they help connect us to people when we aren’t with them and they can help us meet new people, but also they can take us away from the people that we are with.¨ she also thinks that cell phones are a good way to get more information. It is easy to take places and it is acceptable, ¨it’s like a mini computer.¨

Mrs. Kreuyer, GHS art teacher, doesn’t really like cell phones. She believes cell phones are becoming too much of a problem. ¨I am giving daily reminders for students to put their phones away.¨ Most students in her class need to be reminded to follow the rule of putting their cell phone in the pockets she has provided and this is frustrating to her. The pocket storage of phones is a way for Mrs. Kreuyer, and many other teachers to handle students not constantly trying to get on their phones during class and not paying attention to lessons. This is a habit that is still being learned at GHS. For some, it is no big deal, but for others it is a rule that can unfortunately cause some anxiety and negative feelings toward the teacher.

Cell phones are becoming a big problem today when people cannot deal with not looking at them all the time, but for those who can handle using phones appropriately, they can be helpful.