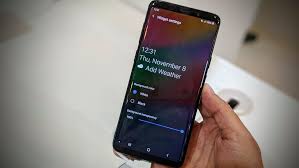 Everyone has heard of  Samsung and  Apple iPhones, right? Both seem to be the topic of the debate between the two powerful phones.  The iPhone, which is not exactly the most powerful phone but has the most fancy features and has a feature that Samsung doesn’t, and that certain feature is Facetime.  FaceTime is a proprietary video telephone product developed by Apple Incorporated. FaceTime is available on supported iOS mobile devices and Macintosh computers that run Mac OS X 10.6.6 and later. FaceTime supports any iOS device with a forward-facing camera and any Macintosh computer equipped with a FaceTime Camera.  Facetime is basically one of the only features that is better than Samsung, which, leads me to believe that Samsung is the most poweful phone created.

“Samsung is the most powerful phone because it has a better battery, and it has a  better software” -Ethan Fare

“Apple is a better phone than Samsung because it has more options, and its a lot better in general”-Mike Shalhoup

Some students at GHS think that the most powerful phone is Samsung because of its features and the longer battery charge The Galaxy S6 / S6 Edge device has a built-in fast charging feature. Users can use this feature to charge the battery faster while the device or its screen is turned off. This proves that the Samsung is superior to iPhone because the battery life of an iPhone doesn’t have a lithium battery charge.