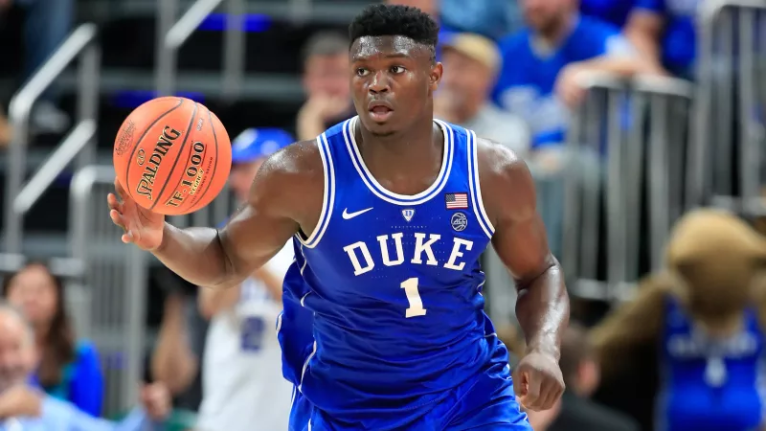 On November 6, 2018, number 4 ranked Duke beat number 2 ranked Kentucky by a staggering 34 points with 4 freshman in their starting lineup. All 4 of these freshman were ranked top 10 in the class of 2018 (www.espn.com), including the top 3 overall recruits in the class; R.J. Barrett, Zion Williamson, and Cam Reddish. It seemed effortless for Duke, who controlled almost every aspect of the game. Kentucky didn’t even seem like they belonged on the same court as Duke. This raises the question, is the one and done rule outdated, and should high school athletes be able to forego college and go straight to the NBA Draft?

Back in the 2005 NBA labor negotiations, commissioner David Stern had made a key provision. The recent trend of High School athletes skipping college to go straight to the NBA Draft sparked this provision. The new collective bargaining agreement mandated that draft prospects be at least 19 years old and a year removed from high school. Since this rule was put into place, it has always been a major topic of controversy. Many people seem to believe that there are certain freak athletes every few years that are ready and physically able to make the jump straight to the NBA. Josh Lawrence, a student at GHS, when asked about Zion Williamson and R.J. Barrett at Duke replied, “It’s just unfair, they are head and shoulders better than anyone in their class and probably better than anyone they’ll play against this year. There’s no need for them to be in college, I don’t think anyone will be able to come near Duke this year.” These 2 players get most of the spotlight at Duke because they were the top 2 recruits coming out of highschool. This overshadows Tre Jones and Cam Reddish, who were both top 10 in the same class as Cam and Zion as well.

Zion Williamson is possibly the most hyped up high school athlete since Lebron James. He is known for his crazy physique and unreal jumping ability. At 6’8 285 pounds, Zion would be the 2nd heaviest player in the NBA right now. That is only behind Boban Marjanovic who is 7 foot 3 inches. At 285 pounds with a 40 plus inch vertical Zion undoubtedly has the size and athleticism to be in the NBA, but does he have the skill set? In his senior year of high school Zion averaged 36.4 points per game and 11.4 rebounds per game. This earned him a 5 star rating and the number 2 overall ranking in their class. He faced lots of criticism saying that he faced no competition and his game wouldn’t transfer over. However, he dominated during the preseason at Duke and in his first game against number 2 ranked Kentucky(a one point favorite) he racked up 28 points 7 rebounds and 2 assists in just 23 minutes en route to a 34 point win. This silenced any doubters as Zion’s game has most definitely transferred over to next level in dominating fashion. This proves that he certainly has the skill set as well as the athleticism to make the jump to the NBA instead of waiting a year in college.

This Duke team will surely be something special to watch this year, as they are by far more talented than any other team in the NCAA. There is a high possibility of a championship for them this March. However, this team shows that the one and done rule is outdated. Four Freshman in the starting lineup of a top 5 team in the country shows the sheer talent of these players. Also, they have two players who undoubtedly should be playing in the NBA right now.